Production company Starburns Industries (rick and morty) and live-selling platform Whatnot are collaborating on a comic book publishing business under the Whatnot Publishing brand; the first two titles are based on properties from Starburns and a live seller Whatnot.

Alpha betas, a four-issue miniseries that launched in October, is based on an animated series pilot from 3BLACKDOT and Starburns Industries. The pilot has over seven million views on YouTube. The comic is written by Kyle Starks, with art by Michael Calero and color by Trevor Richardson with Kenny Aitken. The story follows players caught in a virtual battle in video games between the US government and a digital terrorist. The covers are by Michael Calero, Kit Wallis, Mark Ellerby and Jim Mahfood. 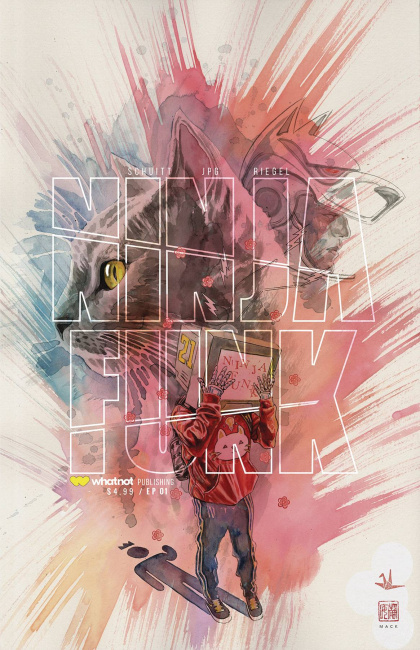 funky ninja, a four-issue miniseries launched in November, is written by John-Paul Paras and Steve Schuitt, live-action seller and online retailer Whatnot, with art by Alex Reigel. Ninja Funk is a team, including a frequency bender, a robot and a powerful but lazy feline through “True Harmony”. The covers are by David Mack, Alex Riege3l, Tyler Kirkham, Alex Cormack, Jim Mahfood, Tony Fleecs, Creees, Kevin Eastman and BossLogic.

Whatnot has raised over $400 million in the past year to support the growth of its live shopping platform (see “Money Flows Into Lifetime Shopping”).

Rick and Morty Starburns launched SBI Press, intending to publish comics and graphic novels created by Starburns directors (Dan Harmon, Rick and Morty and Dino Stamatopoulos, Mr. Show, and comedians, writers, and podcasters associated with the company’s podcasts) in 2018 (see “Company Behind ‘Rick and Morty’ Announces Comics”), but appears to have ceased publishing in 2021.